Dysport used in treatment of frown lines by Dr U: Glabellar Lines, more commonly known as frown lines, are creases that form on your forehead after years of sunlight, due to its ability to weaken collagen and elastin in the skin, or aging. The lines are typically noticeable in between your eyebrows when you scrunch your forehead and can limit facial expressions during life’s most significant moments.

Many patients choose to live with frown lines to avoid Botox treatment that is costly and continuous. Such individuals can take hope in another remedy known as Dysport.

Dysport is FDA-approved injections used to treat facial lines and hard creases. The formula is a type A botulinum toxin, like Botox, which is a purified protein that relaxes muscles while impeding sweat at the same time. 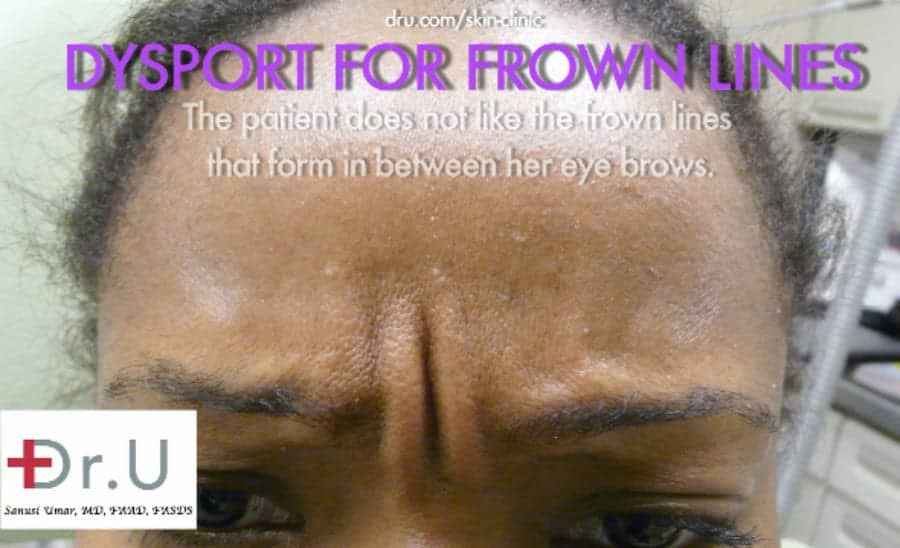 Dysport works by calming facial muscles that cause frown lines, which inevitably reduces the appearance of wrinkles and creases. The solution continues to be useful beyond initial treatment by preventing wrinkles from deepening so that patients can have fewer touchups as time progresses.

Dysport in Action: Before Treatment

This patient sought the assistance of Dr. U after noticing significant creases around the eyebrow area of her forehead. The frown lines were evident every time she scrunched her forehead and served as a conscious reminder of the sun and its effects on collagen and elastin in the skin. 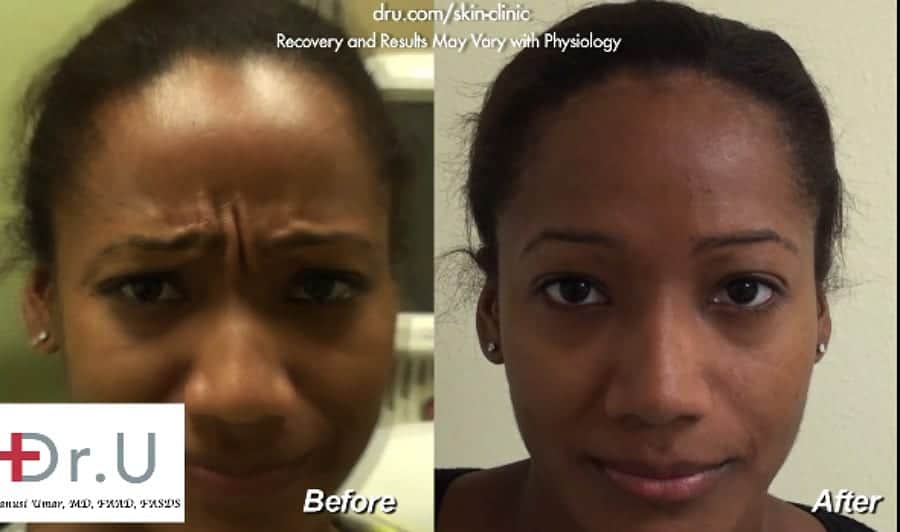 Before and after photo for patient with frown lines*

Dysport used in treatment of frown lines by Dr U aggressively addressed the area. He applied the solution to the patient’s forehead, and she began to notice favorable results within hours of care. 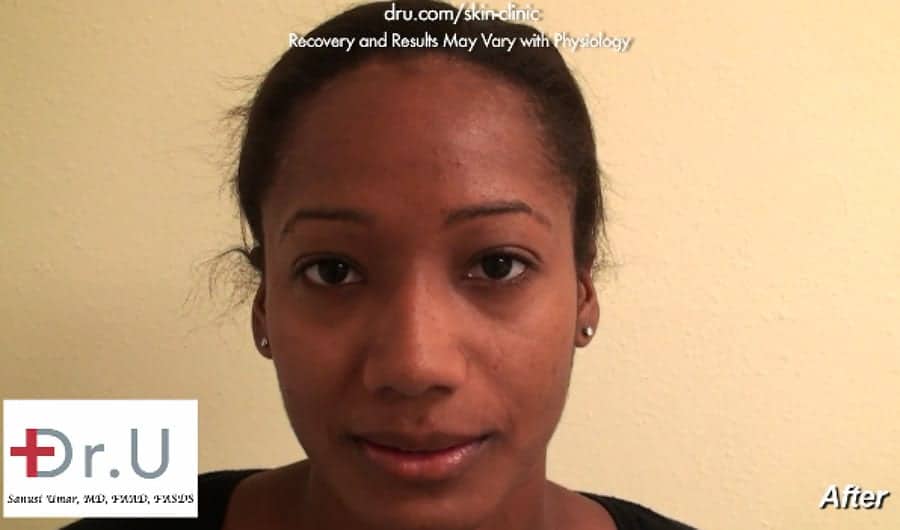 The patient did not report signs of frown lines three weeks after treatment, which is in line with Dysport injections’ effectiveness that lasts up to six months after surgery.

Fill out the form online to learn how Dysport used in treatment of frown lines by Dr U.

For any additional questions you may have about treatment for frown lines and Dysport or botox injections, we’ve created a convenient form for potential patients to submit their inquiries to Dr. U directly:

Which Filler is Right For You? Dr.U Discusses the Different Types of Dermal Fillers and Their Applications
July 19, 2019