Is Hair Loss Due to Genes, the Environment or Both – Studies on Identical Twins

Hair loss can have a devastating effect on both men and women. And it is natural to wonder if it is something that can be controlled or not. In some cases, it seems to run in families. In other instances, it seems to be correlated with certain events and external factors, such as stress.  So is baldness hereditary? Or is it somehow related to the environment and our lifestyle habits? Studies on identical twins and hair loss may provide us with the answers to these types of questions. 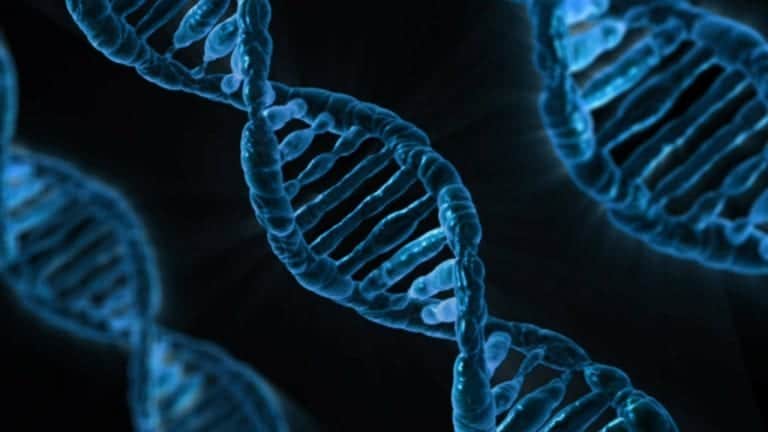 Genetics and hair loss may be influenced by environmental factors more than previously thought, as suggested by studies on identical twins and hair loss.

Why Study Identical Twins To Learn About Genetics and Hair Loss

Identical twins come from the same fertilized egg. They are genetically identical because they have the same DNA. Theoretically, each sibling should have the same number of hair follicles.

So if hair loss is entirely due to genes, both siblings will have the same amount of hair on their scalp. Any differences in the amount of hair will result from environmental factors.

All subjects were asked to answer very detailed questions about their lives and lifestyle habits. Also, their scalps were photographed to observe and compare the amount of hair present. The researchers were able to find differences in hair coverage.

Interestingly, the twins provided similar answers to most of their questions on behaviors and life events. Differences were usually indicated through just one or two factors. Thus, it was relatively easy to pinpoint which environmental variables were likely to be responsible for any observed hair loss.

Genetics And Hair Loss In Men 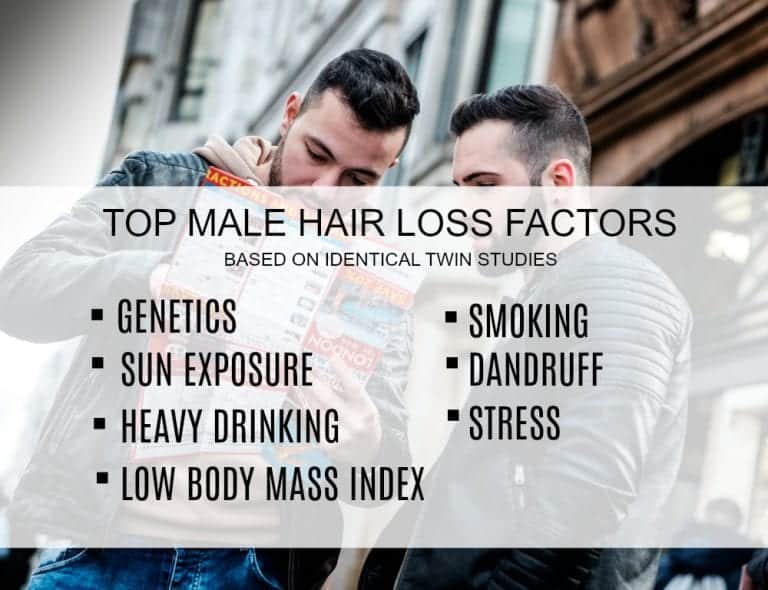 Is baldness hereditary? To an extent, according to studies on identical twins. Many environmental factors can affect the actual extent of hair loss.

However, environmental factors in the form of lifestyle habits were found to be responsible for a greater extent of hair loss observed in just one of the two siblings.

In a study called,  The Contribution of Endogenous and Exogenous Factors to Male Alopecia: A Study of Identical Twins. Guyuron and his colleagues not only provided questionnaires but also collected sputum (i.e., phlegm/ mucus) from the respiratory tract to analyze testosterone levels.

The research team also observed hair loss in particular areas of the scalp and the lifestyle factors associated with a greater extent of baldness or sparseness seen in these areas.

Wearing hats and having a higher body mass index both helped to protect against hair loss.

Body mass index, a measure based on height and weight, helped serve as an indicator of testosterone levels. Low BMI scores correlated with more testosterone. Since testosterone breaks down into a byproduct called DHT (dihydrotestosterone), greater DHT concentrations in the blood would contribute to a greater extent of hair loss. This is due to the compound’s miniaturization effect on hair follicles that are genetically more sensitive to this chemical.

Other factors that were observed to promote a greater extent of thinning and baldness in this in this identical twins and hair loss study included: 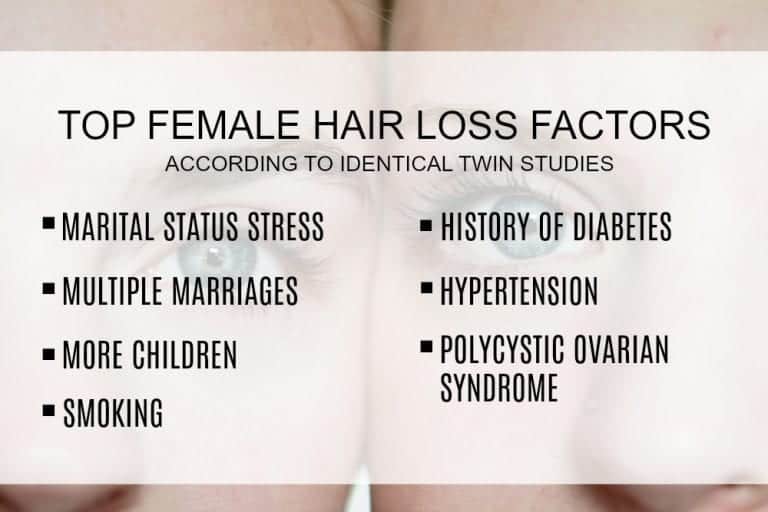 Is hair loss due to genetics or stress? Female identical twin studies show that stress is a significant influencer along with lifestyle and health-related factors.

Guyuron and the researchers also conducted a similar methodology on identical twins who were women. While genes exerted a more powerful influence on hair loss in men, stress related to marital status played a much stronger role in women.

The researchers found that female twin siblings in stable marriages displayed more hair than the sister who experienced divorce or the death of their spouses.

Additionally, when analyzing these female identical twins and hair loss, the researchers found other detrimental factors that affected the amount of hair present on the scalp. These included:

The stress from these conditions may likely harm hair follicles in women. Besides marriage stability, having more hair seemed to be influenced by:

In a research study called, The Contribution of Endogenous and Exogenous Factors to Female Alopecia, the authors had female subjects answer a comprehensive questionnaire and provide sputum samples to analyze their testosterone. The extent of hair loss was correlated with testosterone levels as wells as the answers to the questions. Also, the subjects’ hair and scalp were photographed and assessed.

In this study, the researchers found additional environmental variables which contributed to hair loss in women. These included:

Is Hair Loss Due to Genetics or Stress

Based on the findings noted above, genes seem to play a much smaller role in female hair loss compared to men. However, a combination of both factors can likely lead to undesired degrees of shedding and baldness.

How Does Stress Cause Hair Loss

Stress is often attributed as a possible cause of hair loss. But is this relationship simply a myth and something that people simply imagine? Is there any validity to the relationship between stress and hair loss?

Certainly, there is a condition known as telogen effluvium. Hair follicles enter a resting state, known as the telogen phase of the hair life cycle. This is when they stop producing new hair. Telogen effluvium is often induced by stress which affects the body. Usually, hair loss is experienced about three months following the traumatic event.

Additionally, the research literature also confirms that stress can harm the follicles and contribute to hair loss; a scientific publication called Stress and the Hair Follicle, by Vladimir A. Botchkarev discusses the fact that nerve fibers innervate hair follicles. And chemicals from these nerves, in the form of neurotransmitters, neurohormones, and neuropeptides, can affect the hair cycle and stem cells and the progeny cells that originate from them. Thus neurochemicals due to stress can negatively affect the hair follicles.

Do the studies on identical twins and hair loss suggest that thinning and baldness can be controlled? Is hair loss reversible in some cases?

The pervasiveness of hair loss will differ across individuals. In some people, genes play a predominant role. In others, environmental factors may take center stage. These studies discussed above help identify which environmental variables could be managed to prevent the worsening of hair loss conditions or even reverse them. Many medical experts are starting to agree that minimizing stress and practicing healthier lifestyle habits can help improve hair loss, even reverse conditions in certain cases. Another recommendation provided by doctors is that the earlier you start to address problems, you will have a greater chance of reversing hair loss signs.

Is baldness hereditary? If so, then why do some people find that they are the only ones in their family who have hair loss?

Androgenic alopecia (i.e., common baldness) is determined by genetics. However, it is possible for the actual expression of the DNA involved to skip generations.

In the identical twins and hair loss studies, how does smoking, drinking, and sun exposure contribute to baldness and thinning?

Although they may have a pleasurable effect, nicotine and alcohol are toxins that travel throughout the body through the circulatory system. Since hair follicles are susceptible structures, they can have a detrimental effect on their ability to produce new hair.

Discover how younger men are now able to reverse their hair loss through new developments in hair transplant surgery made possible by Dr.U

When faced with hair loss, should you rely on a hairpiece? Learn more about what to expect