OMG: Elton John Opens Up on His ‘Agonizing’ Hair Transplants and Confronting Burglars in His Wig

Not even the famous are safe from the negative potential consequences of follicular unit strip surgery (FUSS), an obsolete method of hair restoration.

In an autobiography titled Me that dropped just months ago (October 2019), pop music legend Sir Elton John opened up about the pain he endured from the process.

The 72-year-old “Tiny Dancer” hitmaker started to shed his tresses in the early 70s, and after a bad dye job things got far worse.

He’d gone almost completely bald by 1976, comparing his looks to that of a beloved, yet hairless green ogre.

“By the time of the 1976 tour, there was virtually nothing left on top. I hated how I looked.

“Some people are blessed with the kind of face that looks good with a bald head. I am not one of those people.

“Without hair, I bear a disturbing resemblance to the cartoon character Shrek,” he said.

Keep reading to get a glimpse at the operation, the cover-up, the heist, and how to protect yourself from something similar.

Elton wrote that the procedure involved ripping strips of hair from the back of his head with a scalpel and attaching them to the crown.

“The sound of the hair being removed was disconcertingly like a rabbit gnawing its way through a carrot,” he said.

The British icon continued: “After the first procedure, I left the clinic reeling in agony, lost my footing as I tried to get into the back of a waiting car and hit the top of my head on the door frame.”

He then said: “It was at that moment I discovered however much a hair transplant hurts, it’s a mere pinprick compared with the sensation of hitting your head immediately after having a hair transplant.” 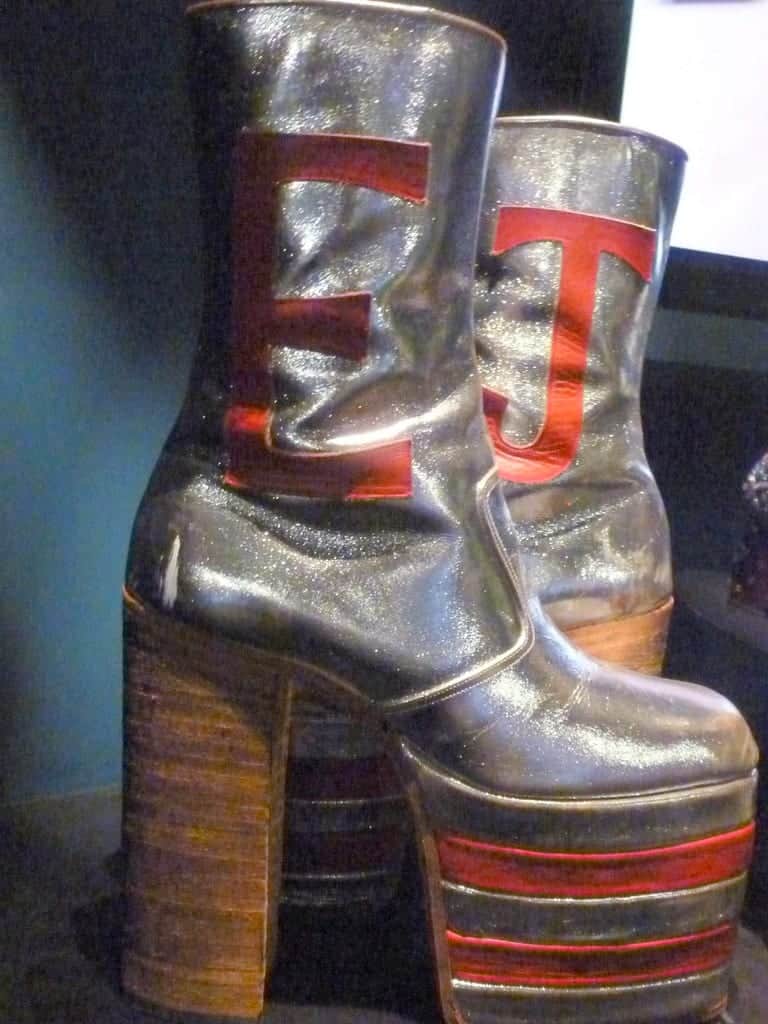 Elton believed the transplant might not have worked because of his drug use — and because he disobeyed doctor’s orders and wore a hat right after the procedure.

However sans hat, the “I’m Still Standing” singer “looked like something that turns up towards the end of a horror film and starts strip-harvesting teenage campers with an axe,” his head “covered with scabs and weird craters.”

Elton eventually opted for a wig, mentioning that people stopped caring about his baldness once it happened.

He even admitted that his self-consciousness pushed him to put on a wig to confront burglars in his home. 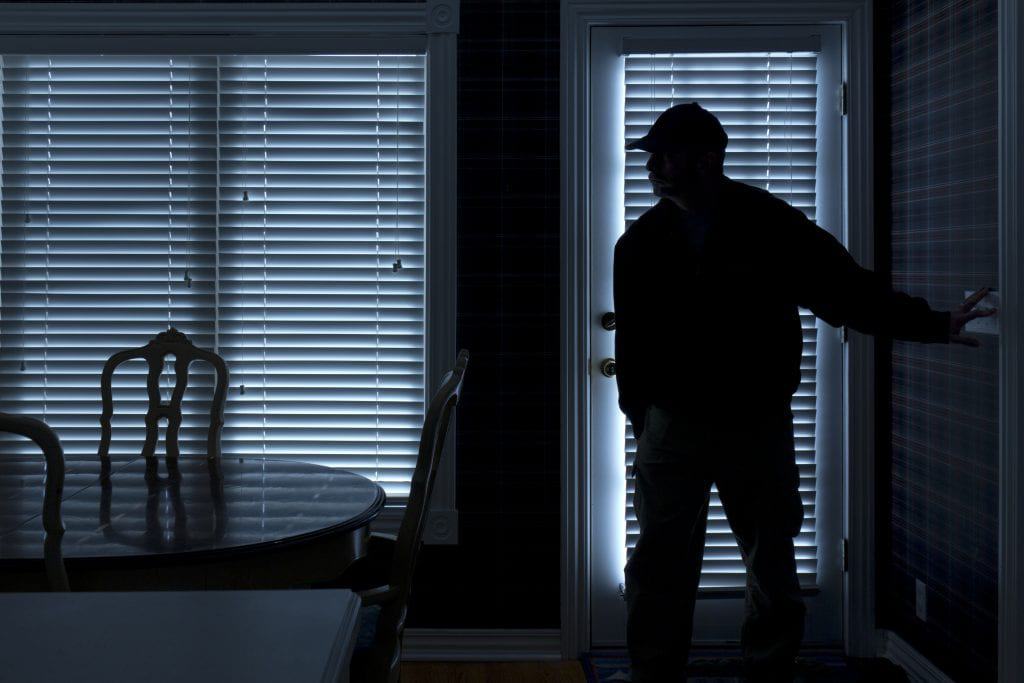 Elton went on to hilariously recall the moment the sound of voices woke him up in his home. This made him sense that it was a burglary right away.

Afterward, the star left his bedroom to square up to them. But then he ended up hurrying back once it dawned on him that he’d forgotten his hairpiece.

His reasoning? “If I was going to be bludgeoned to death by intruders, at least I wouldn’t be bald when it happened.”

He continued: “Wig on, I went into the kitchen to find two workmen who’d been sent up to fix a leak. They apologized profusely for waking me up.

How to Protect Yourself

Out-of-date hair transplantation methods have left many patients disfigured and without a lifelike head of hair.

Botched hair surgeries often cause scars that expand across the scalp. In addition, it can also cause continued balding, depleted donor sources, disfigurement plus emotional and social problems.

The Dr.UGraft™ has the ability to repair virtually any mishandled procedure including scalp reduction problems, “doll’s hair” appearance, strip scars, asymmetry, and more. Dr. U has a track record of restoring even patients with extreme baldness that cannot be helped by conventional hair restoration procedures using his experience and patented Dr.UGraft technology (1) to enable the utilization of hair from all donor sources, including body hair. This is extremely beneficial to patients who lost their traditional had donor supply from previous failed hair procedures.

To sum up, many patients who have suffered from a botched surgery like Elton begin to mistrust the process altogether.

Therefore, when selecting an FUE doctor, it’s important to:

Dr. Umar prioritizes clear communication with his patients. He never overestimates the level of repair he is able to provide on a botched procedure. 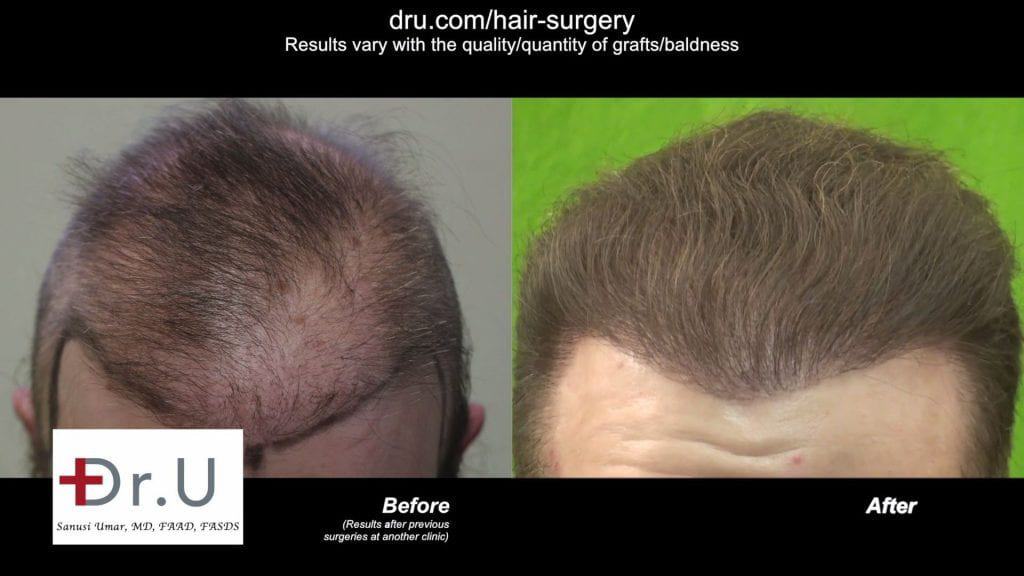 After failed transplants elsewhere. This patient got a repair by Dr. U Using beard and body hair

A Longevity Herb Known As Gotu Kola May Be Your Hair’s Next Best Friend
March 23, 2021

The Research On Shea Butter As A Natural Restorative Hair Conditioner
March 1, 2021

Fenugreek As A Powerhouse of Nutrition For Your Hair
February 22, 2021